IBUPROFEN to Help You Sleep?

I take 2 Ibuprofen to help me sleep because I have lower back pain and it keeps me from tossing and turning at night. It also reduces the number of times I wake up to use the bathroom. I  went from going 4 times a night to 1 time resulting in a better night sleep.

Insomnia affects a large percentage of the population with most sufferers reporting that they are having problems falling asleep, waking up at night, getting up too early consequently getting fatigued all day! While this may not seem like a big deal the first few days, your physical and mental performance is affected.

To avert these effects, most people look for natural and medical remedies. One of the remedies considered by a few people is the use of Ibuprofen as a sleeping aid. However, there is a lot of scientific evidence against this. Before getting to the disadvantages, let’s take a look at what Ibuprofen does.

While Ibuprofen isn’t a sleeping pill, some people report sleeping better after using Ibuprofen as pain medication for toothaches, migraines, menstrual cramps and muscle soreness. This drug offers relief for these pains because it is a nonsteroidal anti-inflammatory medication (NSAIDs).

How does Ibuprofen work?

But, even though it isn’t a sleeping aid, its action induces sleep. It works as an analgesic, an antipyretic and an anti-inflammatory agent. If it were an anti-histamine, then it would be a sleep-inducing drug! So, to understand how Ibuprofen makes it easy to sleep, we have to look at it in terms of the pain relief effects of the drug. With less pain, you get to sleep better – this should be the reason why you sleep better after taking Ibuprofen.

You should note that unless an anti-histamine is added to Ibuprofen, it won’t make you drowsy and sleepy.

As an anti-inflammatory agent, Ibuprofen works by reducing the hormones which cause inflammation as well as pain.

Unlike sleep medication, Ibuprofen’s formulation doesn’t target the parts of the brain associated with sleep and drowsiness. However, if Ibuprofen makes you drowsy, then you should only think of it as an unwanted side effect.

Reasons against the use of Ibuprofen

Although this nonsteroidal anti-inflammatory drug effectively relieves pain from headaches, toothaches, migraines, fevers, menstrual cramps, and osteoarthritis, it doesn’t come without some unwanted side effects. The use of NSAIDS is associated with increased risk of stroke and heart attack. As a result of this potential effect, the US Food and Drug Administration included a boxed warning about this drug in the non-aspirin NSAID label back in 2005.

Recent studies in use of Ibuprofen show that even use of this drug for a few weeks has the potential of harming your cardiovascular health. Also, taking a high dosage of Ibuprofen for long makes you more vulnerable. As a result, you will the FDA issued a beefed up warning on the labeling and the use of Ibuprofen.

The worrying fact is that prolonged use of Ibuprofen poses a risk of cardiovascular disease even to people who are otherwise at no risk of getting a heart disease.

Besides the increased risk of heart attacks, the NSAID is also attributed to high risk of kidney, bone disease, and hearing problems.

Bleeding in the GI Tract

Ibuprofen has also been shown to cause bleeding of the intestinal and stomach walls causing death if it isn’t caught in time. This is a common effect when Ibuprofen is used by older adults.

Considering these side effects, we advise against the use of Ibuprofen as a sleeping pill.

My wife has started using this and works great. 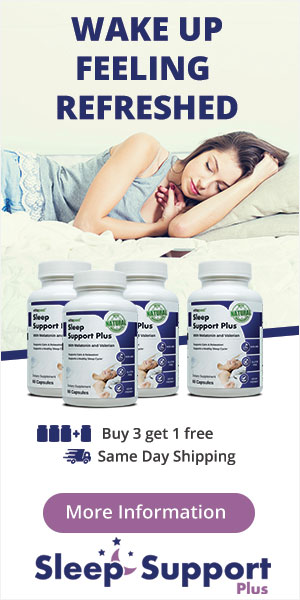